Guardian Credit Union in Montgomery, Alabama wanted to standout in the typical block of television ads while staying within their existing branding style. They also wanted to emphasize the local landscape, people, and recognizable locations. They wanted viewers feel the roots Guardian has in the Montgomery area and get the connection they have to the community. All of this was to continue their brand awareness efforts as they look to increase membership in a crowded financial institution market.

JB Communications Group studied the Montgomery market, reviewing other television commercials from financial institutions and other locally-based businesses. We also took into account the target audience, current Guardian members, and local demographics. Then the script writing began as we partnered with a video production company to discuss the feasibility of the concepts.

Guardian reviewed and approved the concepts, tweaked the copy and locations a bit to refine the message, then production began! We filmed most of the Montgomery-centered footage during a day-long trip down to Montgomery. The planning efforts to film two commercials at the same time really kept the costs down for Guardian, as did the filming of several scenes closer to the production company’s studio in Huntsville, Alabama.

Guardian loved the completed spots and we look forward to seeing positive results from these advertisements. 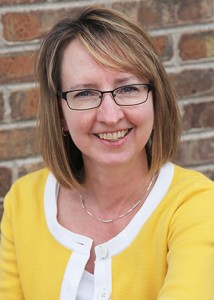