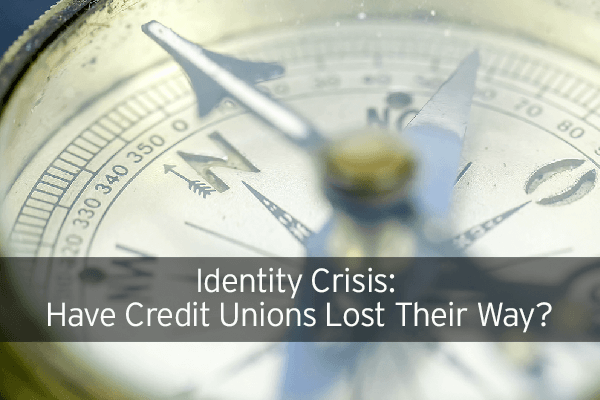 Many of us at some point(s) in our lives have pondered that very question. It tends to come up during big transitions or milestones. Graduating seniors ask it. Those marking a birthday ending in zero mull it over (ask me sometime how I know that one). Empty nesters might ask it as their kids are taking flight.

We can also start questioning our identity when we stray from our core purpose or when we get enamored with pursuing shallow goals, keeping up with the Jones let’s say.

This loss of identity can also happen at organizations, within industries even. And it seems to me credit unions are smack in the middle of an identity crisis. Big ones are buying banks, medium ones all look and act alike, smaller ones are getting merged. Studies show the general public can’t tell the difference between a credit union and a bank (even after billions are spent on campaigns like “Open Your Eyes”, I might add).

Maybe instead of hanging our identity on “People Helping People” and being member-owned, we dig down deep to discover our individual credit union’s true identity. This will strengthen the credit union itself and by doing so, strengthen the industry as a whole.

A strong identity provides staff with a stronger purpose and gives the community a much more defined organization. This leads to attracting members who are aligned with the purpose and personality. And when members are aligned? They turn into ambassadors of your brand!

The Road To A Better You

When we humans have an identity crisis, we turn to counselors & life coaches, go on retreats & sabbaticals – there’s lots of introspection & exploration involved. What if credit unions applied these tactics to get to know themselves?

This inner work is really about getting to the core of who your credit union is. It’s the very nature of the organization: values, culture, beliefs, attributes. These aspects define the identity, not a logo or tagline. Those can change, but it’s really hard to change an organization’s belief system or values.

And it’s these very beliefs and values which make you different than the next credit union in the search engine results. Other credit unions can also claim to be People Helping People. They’re also member-owned. So how and why are you different from them? It’s right there in your identity.

Let’s take a look at some examples. Below are three credit unions which operate within the same footprint. But two of the three have very unique identities. You can see the uniqueness a little bit in the website screen grabs, but spend a little time with their communications and you’ll really see how the personalities shine (or don’t). 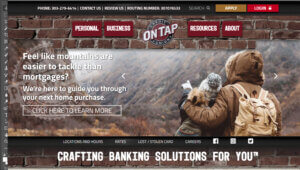 On Tap Credit Union has really leaned into their roots as a credit union for brewery workers. It was homogenized for decades, but in the past several years they have embraced the brewery aspect. 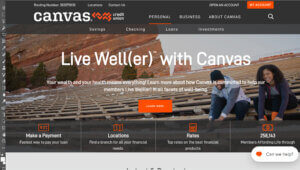 Canvas Credit Union dug deep for a rebrand effort in 2018. Going from Public Service Credit Union to Canvas allowed them to embrace the warmth and quirks of being people-centered. 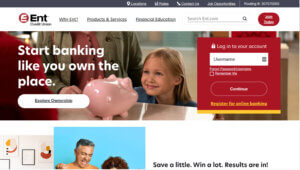 And then there’s Ent Credit Union. They’re also in Colorado, but when compared to the other two listed, they seem bland, definitely more generic and corporate. There’s nothing in their materials which provides any personality, or identity markers unique to their culture.

How To Find Yourself

So how can your credit union discover your charming, buzzworthy personality?

Research the credit unions and banks in your geographic footprint. List out the other financial institutions, describing their reputation, look & feel. If you swapped logos from one FI’s website to another would anyone really notice?

But remember it’s hard to look at the label when you’re inside the jar, so consider working with a culture consultant and/or a brand strategist. Their fresh perspective will really uncover the values, beliefs, personality instead of working with a ton of assumptions staffers might have.

As you study the findings from the first two steps, look for differences between your FI and the others. Look for a value, belief or way of operating which seems to be the ONE thing your credit union does better/deeper/stronger than anyone else. Then start building out and testing identities. These theories can be tested with the staff as a start. For instance, does it ring true to the people who’ve been there for years as well as those who just started? Once a theory passes staff testing, see how it works on some low-impact marketing materials. Don’t make a big-deal announcement, just test the concept with a few articles, social media posts, the language which gets used on the teller line. Look for the response – are your more valuable/profitable members reacting well to it? Does it attract prospects which are in your target audience (those who look and act like your most profitable members)?

4 Adjust, Then Go All In

Make adjustments as you see fit based on the findings from the staff and especially your target audience. When your ideal prospective member is attracted to your true identity, you’ll reap so many rewards! They’ll feel much more connected to your essence for starters. They can turn into ambassadors, telling others about how awesome you are, when they feel an affinity to the refined brand.

A rose by any other name….

Claiming your identity does NOT mean you will need a new name and/or logo and all the expensive undertakings which go alongside. As William Shakespeare wrote, “A rose by any other name would smell as sweet.” No matter what your name is, your true essence will still be in play, so a big new name and logo is not necessary. Some might say new logos and names can actually camouflage underlying identity issues. So deal with the inner work first. Get that really strong and you’ll likely not even need a new name or logo.

Instead of worrying about a new logo or name, show your true identity through these touchpoints:

It takes courage. This refined personality might mean you end up not being attractive to a certain group of people. But as we’re seeing in the huge expanse of the internet age, there are so many choices available for the average consumer now. Claiming a specific identity will help you stand out from all of the vanilla choices and be a stronger credit union!

Tips and techniques to transform your marketing! We'll only use this email to send you these tips. We won't sell or give your email to anyone else. You can unsubscribe at any time, but we think you'll find these pretty dang useful. 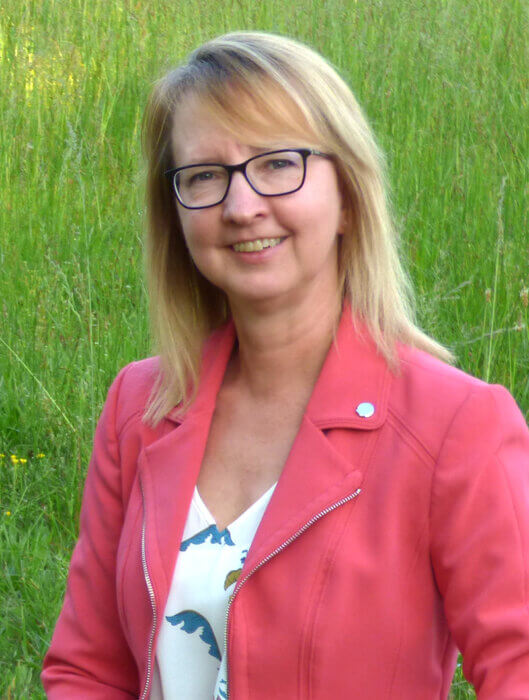 Exploring how curiosity and creativity can bring clarity to communications.